The Influence of Promotional Products on Consumer Behavior 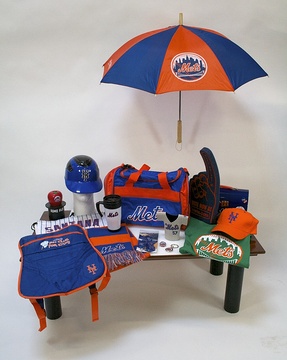 Promotional products are so common at trade shows, conventions, corporate events and sports-related events and games that it’s sometimes easy to wonder whether they really have an impact. After all, a trade show attendee could receive a dozen or more items in just a single afternoon. Does a company really acquire any value by giving away branded products? Are these products really worth the cost?

The answer is a resounding yes, but don’t take my word for it. The data backs me up.

The Promotional Products Association International (PPAI) released a study in November 2012 on the effectiveness of promotional products. It was conducted with Relevant Insights and the title of the report was “The Influence of Promotional Products on Consumer Behavior.” They looked at three critical areas: a consumer’s ability to recall products, the usage of branded products, and the consumer’s relationship with an advertiser and the subsequent business impact.

I sometimes hear businesses claim that branded products go to waste, but the data shows that’s not the case at all. Actually, 80 percent of respondents said they own up to 10 promotional products. Sixty percent have owned those products for up to two years and slightly more than half said they used the products at least once a week. Think about items like the Mets gear pictured above (which we produced for the team). Mets fans love their team gear, with many pieces becoming collector’s items.

Surveyed consumers said the number one reason they keep a product is because it is useful. The most highly rated products in terms of usefulness were computer products, health and safety products, and writing instruments. Attractiveness was another strong reason why consumers keep products and sporting goods, leisure items, housewares, and wearable items were the leaders in that regard.

The survey confirmed that the most effective products are those that a consumer can fully and organically integrate into their lives. Products that put functionality ahead of promotion are likely to be used for years, which increases the likelihood that the consumer will recall the advertiser’s information.

The correlation between branded products and revenue is undeniable. They have long served as an effective means to build customer relationships, foster loyalty, and express appreciation. The key is to find a product that accurately reflects one’s brand, but is also functional enough that the customer will find it useful for years to come.