Superbowl Weekend Not A Waste 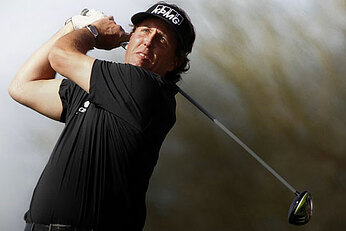 Apparently there was an important football game this past weekend that a bunch of Californians got really excited for before their hopes and dreams were crushed by the Baltimore Ravens.

Meanwhile out in the Arizona desert, Phil Mickelson was making history, opening his tournament with a record tying 60-stroke round, and extending that performance into a 72 hole record tying score on his way to the tournament victory (his 49th career victory).

Phil?s outlandish performance was not the only remarkable storyline from the weekend?s tournament. The popularity of golf seems to be taking a step forward, if the tournament?s attendance is any sort of indicator. The weekend set a tournament Friday and Saturday single day attendance record. For the weekend the total attendance reached 525,821, the third highest in the tournament?s history trailing only 2008 and 2006; building on last year?s numbers which were a tremendous rebound from 2009-2011. The event has not achieved a live audience that has exceeded the attendance of a Super Bowl venue since 2008 when the event was held in Phoenix.

With numbers like this and the exciting golfers that are emerging like Rory McIlroy and Ricky Fowler, as well as the old veterans performing at a top level once again like Phil and Tiger Woods, golf?s future seems to be limitless. It doesn?t seem ridiculous to predict that in the not too distant future the Waste Management Open could have a Sunday attendance that regularly outshines the capacity of super bowl venues.