Product Safety: Why CPSC Compliance Is So Important 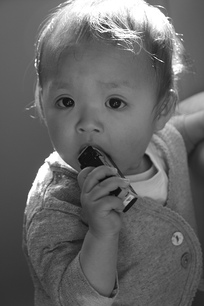 The promotional products industry is filled with companies large and small When selecting a vendor to supply your company’s promotional products, there are numerous factors and variables to consider and it can be difficult to identify the most suitable choices. Thankfully, for issues of basic safety, there is a government agency specifically designated to handle manufacturing or design related flaws and defects that could potentially result in recalls or lawsuits.

The CPSC and Safety

The United States Consumer Product Safety Commission responsibly and effectively oversees the production of more than 15,000 different consumer products and attempting to operate without CPSC compliance is a dangerous game for everyone from the designer and machinist to the end user. In the case of branded promotional products, the end user is your potential customer and the last person you would want endangered by an unsafe item.

Since 2007, sometimes referred to as the “Year of the Recall,” the CPSC has initiated higher standards of manufacturing, created a complex database of all products they regulate, and even allowed for mass consumers to post specific complaints in a public Internet forum. With these great strides of technology and market awareness, it is becoming more and more difficult to get away with shoddy workmanship but, of course, these things still happen.

What Happens When You Voilate CPSC Regulations?

By ensuring that any vendors your company does business with can demonstrate complete CPSC compliance, you can prevent unsafe quantities of lead and other hazardous chemicals from ever becoming a nuisance, as well as show support and respect for the civil penalties associated with violating the new legislation.

In August of 2011, there was a massive recall of 30,000 lapel pins by the Build-A-Bear Workshop due to inadequate lead testing. The pins, which were made in China and sold for $3.50 in the United States, contained 10 times the federal limit of lead but it was several months after sales began that anyone noticed. While no direct injuries have been reported, untold numbers of children were put at risk. Furthermore, as a result of the incident, in addition to willingly increasing their scrutiny of imported goods, Build-A-Bear Workshops offered a $5.00 credit to anyone who returned the affected pins, effectively costing them tens of thousands of dollars, if not more, in lost revenue.

More recently, in September of 2012, the clothing store H&M was forced to recall a line of pink and blue reusable plastic water bottles marketed specifically for children. In this case, the problem was as minute as a single report of the spout breaking off, posing a possible choking hazard (though no accidents were reported). The incident cost the Swedish company over $70,000 when all all was said and done, factoring in the cost of collecting approximately 2900 of the Italian-made bottles as well as their decision to supply every affected customer with a $25.00 gift card to minimize bad publicity. Had H&M been working with a distributor that demonstrated full CPSC compliance, this unfortunate and costly event could have been completely avoided.

What It Means For Your Business

While there is a difference between these two examples of retail items and promotional items intended to be given away, the risks are the same. Would a prospective client contact you after their child choked on a broken piece of water bottle containing your logo? What if the pen they have been utilizing for everyday writing turns out to be covered in lead?

For the safety of your company and brand’s future publicity, don’t do business with uncertified manufacturers who lack total CPSC compliance, especially when there is such an abundance of satisfactory suppliers working within the law and observing crucial safety parameters. Leave a positive impression on potential customers and buy your promotional products from a company that understands CPSC safety requirements and has measures in place to ensure the products you purchase are in compliance.