Parsonskellogg sponsored this year’s “Buick Football at Fenway” match bringing European football (a.k.a. soccer) clubs Liverpool F.C. and A.S. Roma back to Boston. We all know how popular football is overseas, so it was exciting to see these top tier European teams duke it out again on American soil, especially after Roma’s 2012 win over Liverpool.

The event kicked off Tuesday July 22nd with an open training session. Nothing says summer like an evening at Fenway regardless of what sport you’re enjoying. 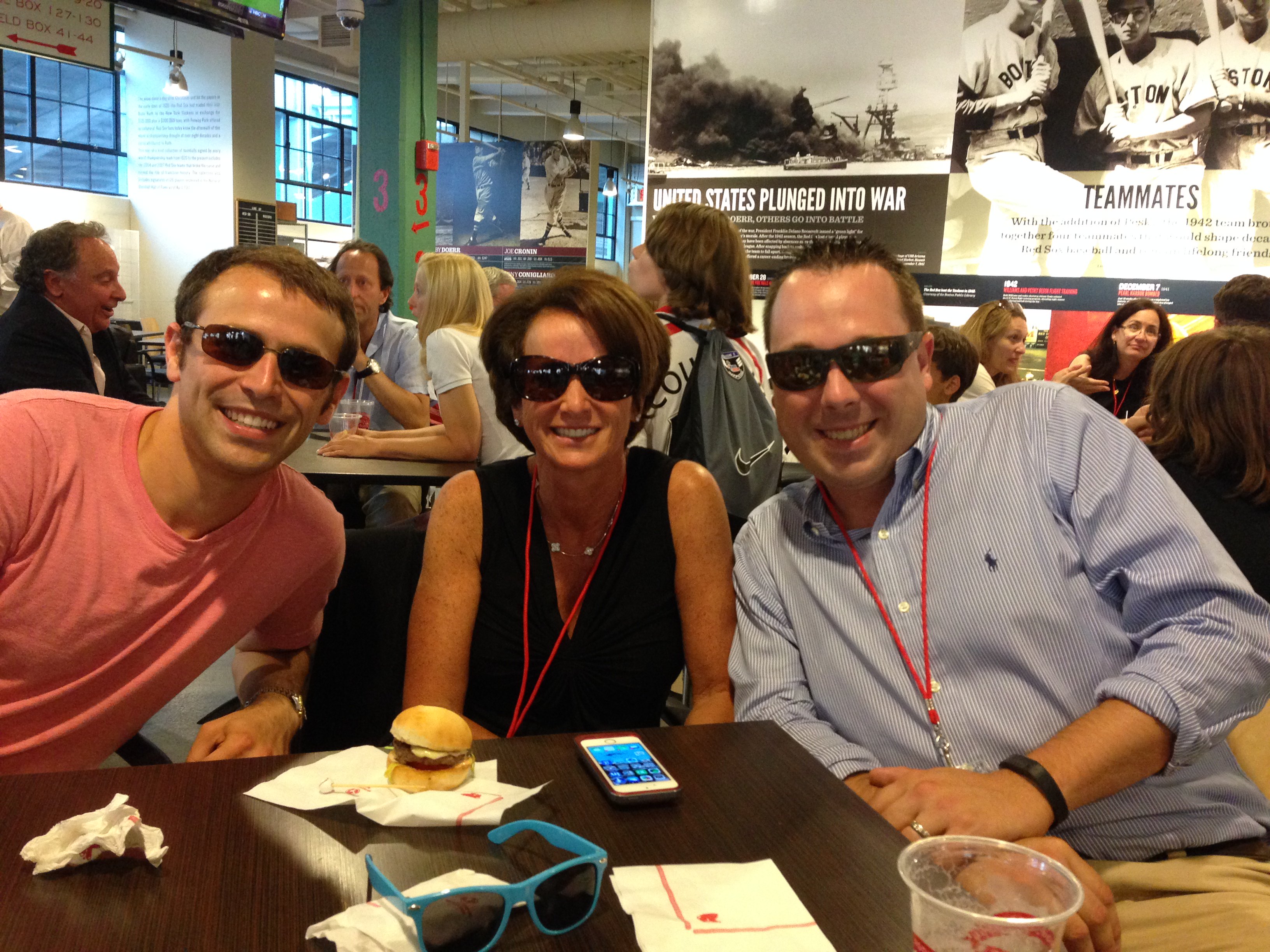 Hanging out with some of our friends from Dunkin’ Donuts in the Rooster Club during the open training session. 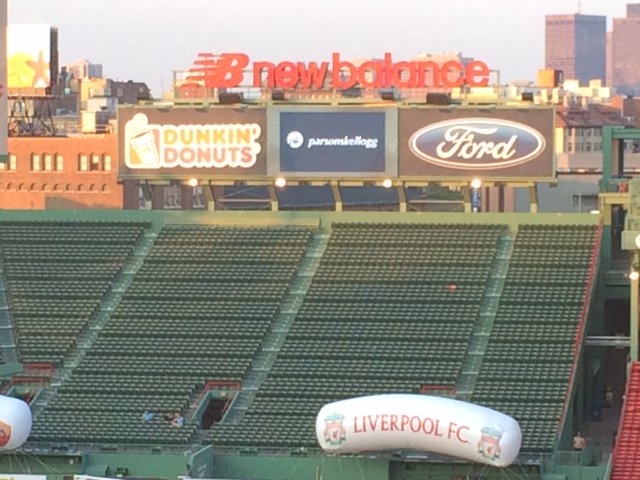 Wednesday was the headlining football match. We’re all sports fans here at parsonskellogg, so it was an exciting evening. But as a New England company the biggest thrill was seeing the parsonskellogg logo on the boards at Fenway! The teams were well matched and the score was nil-nil until a late goal by Marco Borriello put Roma over the top for a 1-0 pre-season victory. 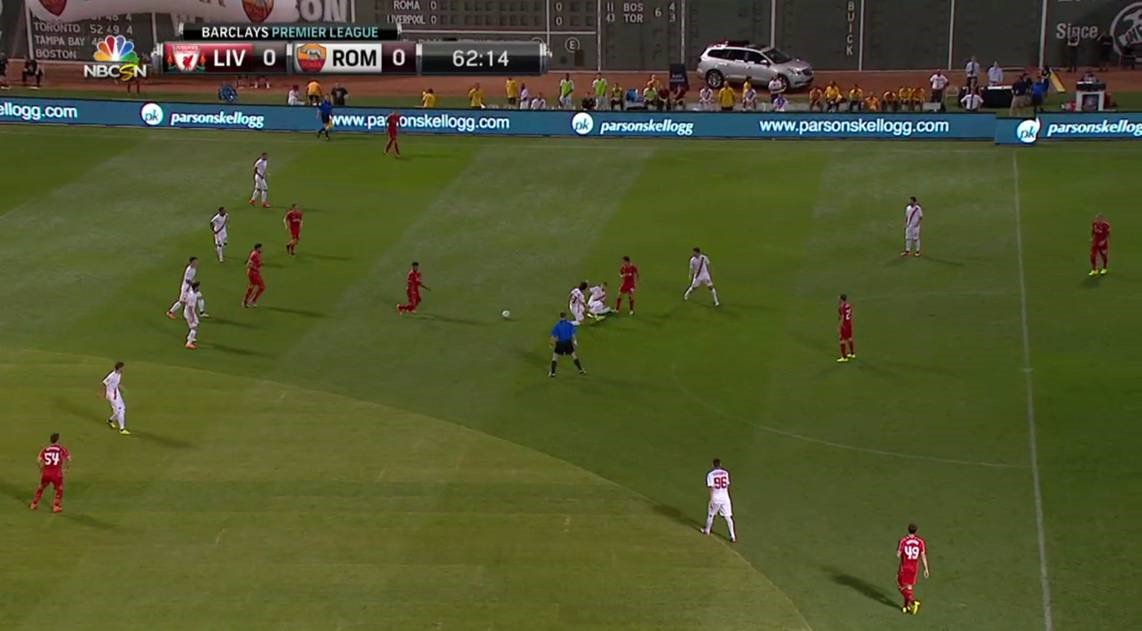 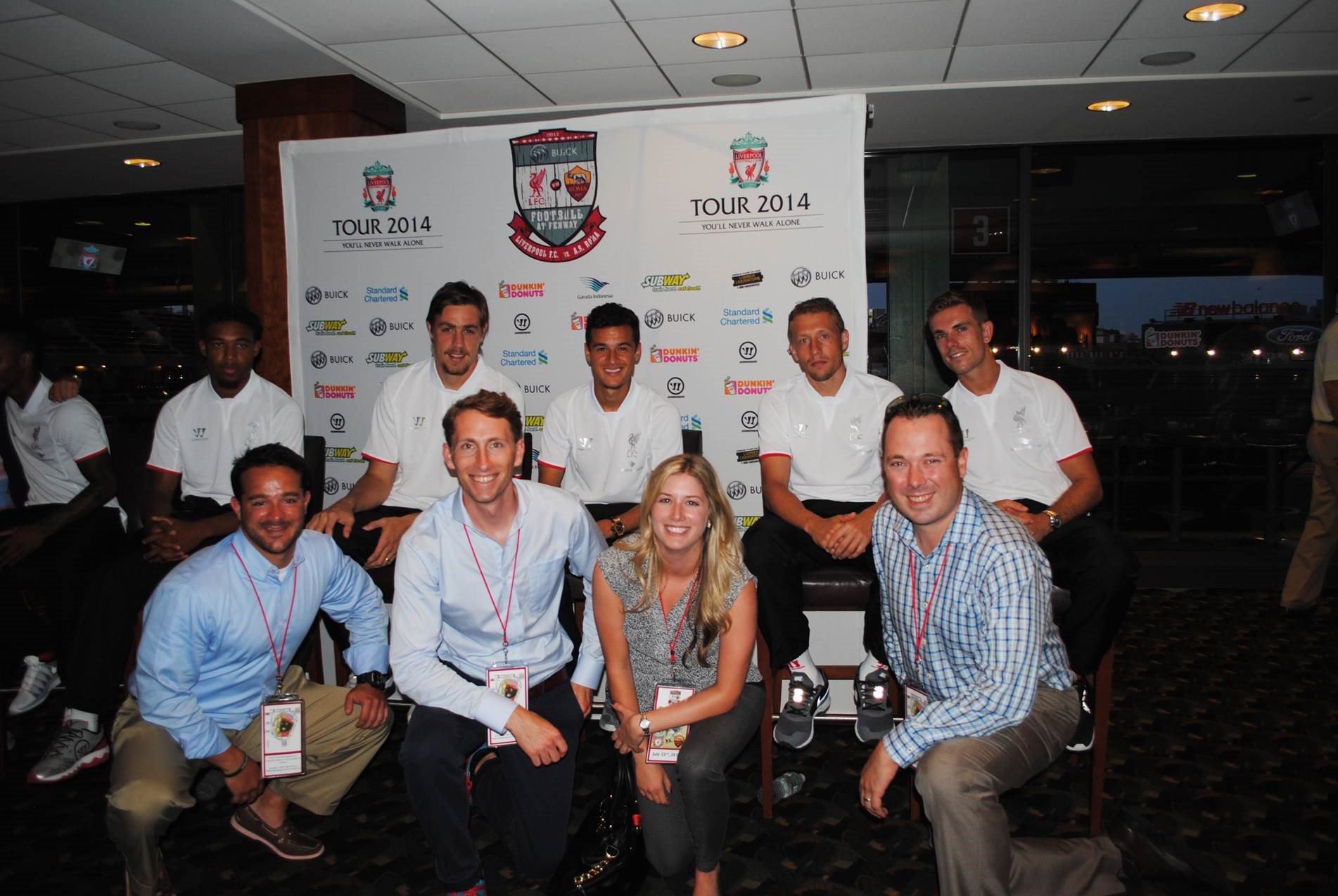 Afterward, the parsonkellogg team was able to take part in a meet and greet with the Liverpool F.C. players, a talented group of professional athletes who were all good natured and down to earth. We were so glad to be a part of this fun event that brings the best of European football stateside!