Made in the USA Corporate Apparel 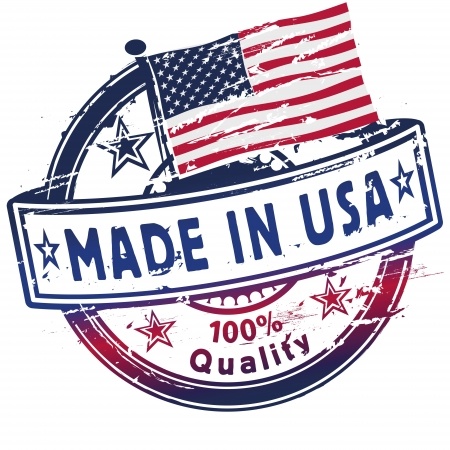 Ralph Lauren recently announced that every uniform they make for the 2014 Winter Olympics will be made in the USA. This is a trend that?s been gaining increasing attention in the last year, yet some businesses are behind the times ? not because they don?t believe in American made clothing, but because they don?t know about the numerous options. Let?s review a few of the companies currently making apparel right here in the United States of America. Every one of these manufacturers makes their apparel available to the promotional products industry, meaning it can easily be branded with your logo or message.

According to executives at American Apparel, their garment workers make up to 50x what their competitors pay their workers. For example, many companies use labor in Bangladesh, where the average garment worker can expect to make an average of $600 a year. Compare that to the American Apparel garment worker, who can earn upwards of $30,000 a year, plus take advantage of benefits including health care.

American Apparel readily admits that hiring workers in the U.S. requires more capital investment and more training, but their sales are heading towards the billion-dollar mark ? which is a clear indication they?re doing something right. They are arguably the most well-known American-based clothing manufacturer, so when you choose their clothing for your promotional apparel, you can bet your customers and clients will know you?ve chosen a quality company.

AKWA has a full line of apparel, including some made in the USA. However, their corporate responsibility doesn?t end there. They also use cloth made with bamboo, which is a sustainably harvested wood that environmental experts agree is much gentler to the environment than other types of fabrics. Many in the industry believe that there will be a big push towards bamboo products, with AKWA on the cutting edge.

Those familiar with school apparel and sports teams likely know the name Boathouse Sports. This is an incredibly popular brand with the younger crowd, and they continue to maintain their production facility in Philadelphia, with all of their products made in the USA. Their president, Doug Tibbetts, initially came under fire for refusing to move production overseas. He was told his model was unsustainable, but their 200-employee company shows no signs of slowing down. In the last fiscal year, sales were up more than 15 percent and they were closing in on $20 million in revenue.

New Balance had a hit on their hands with their 990 line of shoes ? all of which were made domestically. Once they saw the demand for products made in the USA, they began expanding their American-made line to include a full line of apparel. Now, New Balance has decided to take it a step further  ? not only will their clothing be made domestically, but they?ll source their materials domestically as well. Experts will be keeping a close eye on this line to see how the public responds.

No matter where your interests lie, whether you?re looking for promotional materials to entice new clients or uniforms for the school baseball team your company supports, there are options to buy clothing made in the USA. The above examples mark an interesting trend toward domestically made apparel.