Boost Your KickStarter or Indiegogo Campaign With Promotional Giveaways

Launching a Kickstarter or Indiegogo campaign soon? Not so fast. Crowdfunding isn?t easy. In fact, two-thirds of campaigns fail because their founders were not able to boost participation early on. They have great ideas but were not able to attract a large enough crowd to successfully fund their projects.

Given these statistics, how should you prepare or where should you even begin? One word: promotions. Take a look at successful campaigns at Kickstarter and Indiegogo. Many were able to get fully funded with the help of promotional giveaways and freebies. Here?s what worked for them.

Your goal, of course, is to raise money and fund the project. But successful campaigns reveal that setting aside some money for PR and giveaway items paid off. You don?t have to hire an advertising agency or full-service social media firm. But you do have to spend on promotional giveaways and other items such as a powerful explainer video and written materials.

A clear and compelling explainer video is definitely a must. Many fully funded campaigns, in fact, have used it to convey the goal of their projects and attract more funders. A professional copywriter may also be worth the investment.

As for promotional giveaways, you have to keep in mind that people don?t give away money for nothing. Crowdfunding isn?t charity. Kickstarter has already made it clear that its platform isn?t for direct charity or cause funding. So think carefully about giving away promotional items. Make sure they spark interest and discussion.

Have a Simple Yet Compelling Rewards System

The best campaigns on Kickstarter and Indiegogo have a simple yet well-planned rewards system. Indiegogo even has a name for these rewards. They’re called “perks” and are typically some type of promotional product that is sent to the donor in exchange for their contribution. Over 95% of the projects on IndieGoGo offer at least one perk.  And, those that offer 5 or more perks have raised twice as much money, on average, as those who don’t. The campaigns that fail often do so because of a too complicated rewards structure or because they either offer too many rewards or uninteresting giveaways.

Take the NeuYear Kickstarter campaign, for example. NeuYear is a huge and beautiful calender for the whole year, a niche product that appeals to design and productivity blogs. To attract the right crowd, its founder simply emailed niche bloggers and gave away samples for free. If they like it, they can offer their blog readers a discount code. The reward system worked, with each blog driving between 10 to 50 backers, and the campaign was fully funded.

Indiegogo has a list of some of the best perks people received in exchange for their campaign contributions. These are extremely useful giveaways that show appreciation for people who helped fund campaigns. The example below is from the MyMusic Education Charity Drive campaign on Indiegogo. They are trying to raise funds to increase music education for children and are offering donors who contribute $150 or more this cassette tape logo hoodie as a perk. At the time we’re writing this, the campaign has 38 hours left and has exceeded its $10,000 goal by almost $1,000! 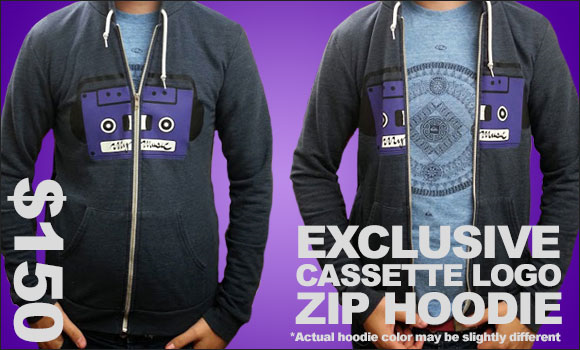 A great idea alone won?t make your crowdfunding campaign successful. You have to plan for and promote it. What?s more, you have to make it about people and not just about the product. These projects, after all, are about people pooling resources together in order to create something better.

If you’re just getting started on Kickstarter or Indiegogo, give us a call and we’ll help you put together a perk strategy that will help your campaign get noticed and ensure you meet your fundraising goals.